Recruiting is all about trust and confidentiality on highest level. This was our startingpoint when the design process began for the Stockholm office of one of Europe’s largest headhunting firms. The Swiss company asked for a local feel of their new space which was brought into the concept in form of feelings of meadowland, forest, mountains and archipelago. These tones also set the names for the meeting rooms. The rooms were given a light, Scandinavian colour scale with details in wood. Textiles with patterns inspired by nature were used for some of the meeting-rooms. These were effective as both light drapes and laminated screens between thick, sound-proofed glass walls. 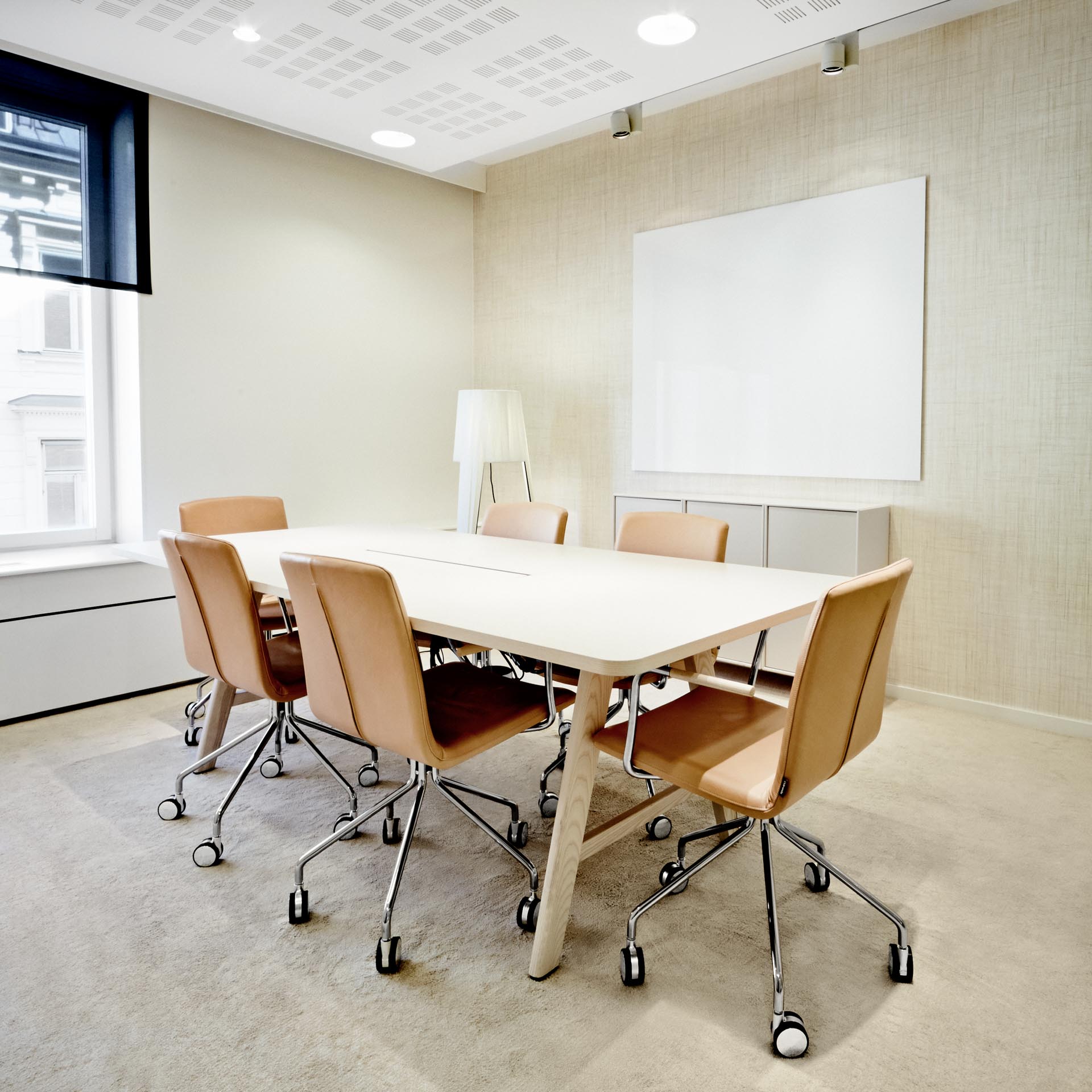